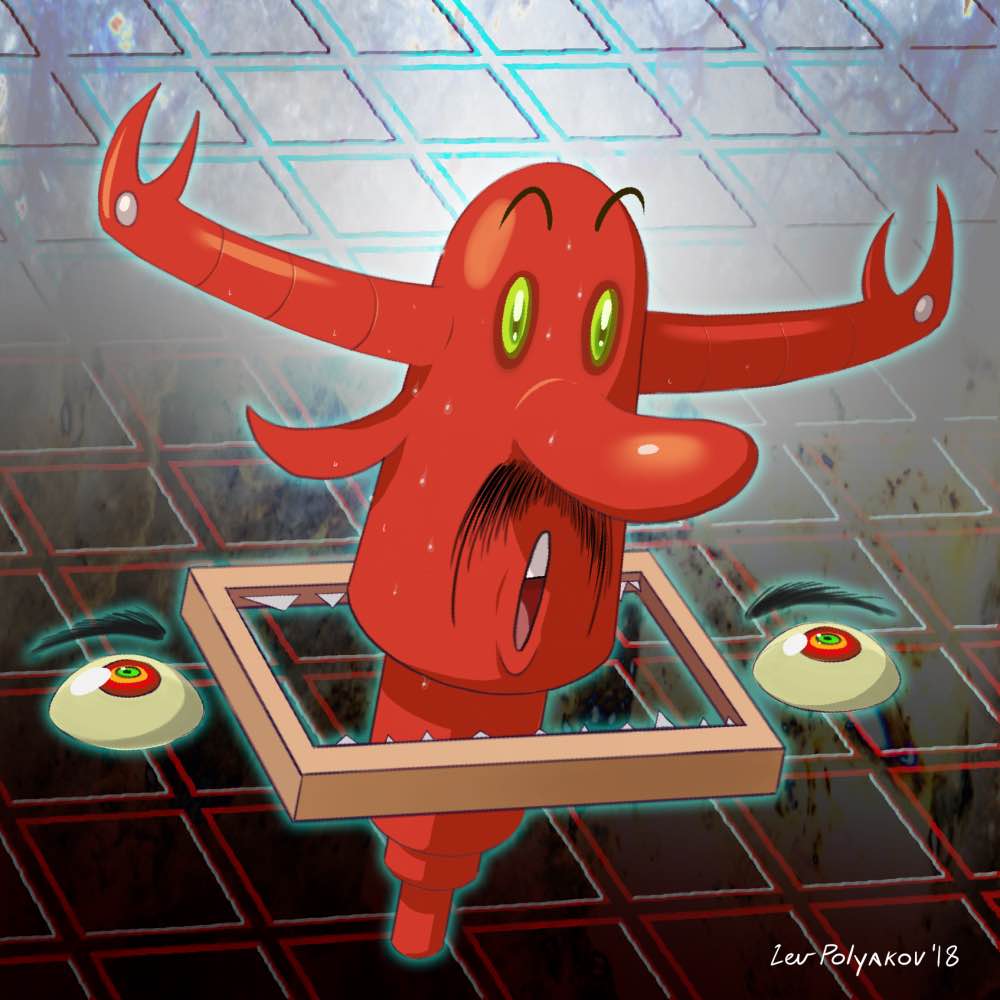 Bouncing around in a state of perpetual fear, Hornsbin was doomed from the start to wander while between the jaws of the evil Framr.

The way this hostage-like relationship works, is that neither Framr nor Hornsbin have full control of the direction Hornsbin goes in, but are locked in a psychic battle for control of the direction. Framr wants Hornsbin to travel back to the nearest Hornsbin next once he feels his hostage Hornsbin’s energy starting to slip away, and once within the vicinity of another fellow hornsbin, Framr would chop Hornsbin in half and jump to his new Hornsbin hostage. This is particularly sad for Hornsbin due to being homesick but knowing that coming back spells certain death, though has the extra effect of giving birth to a Turky Lurky from the top half of Hornsbin. For poor Hornbin, the only way to save himself is to lead Framr into a fire, such as a burning building or a volcano, in order to burn Framr off, and evolve into the vengeful Hornsbee.

Buy this card on KnownOrigin.