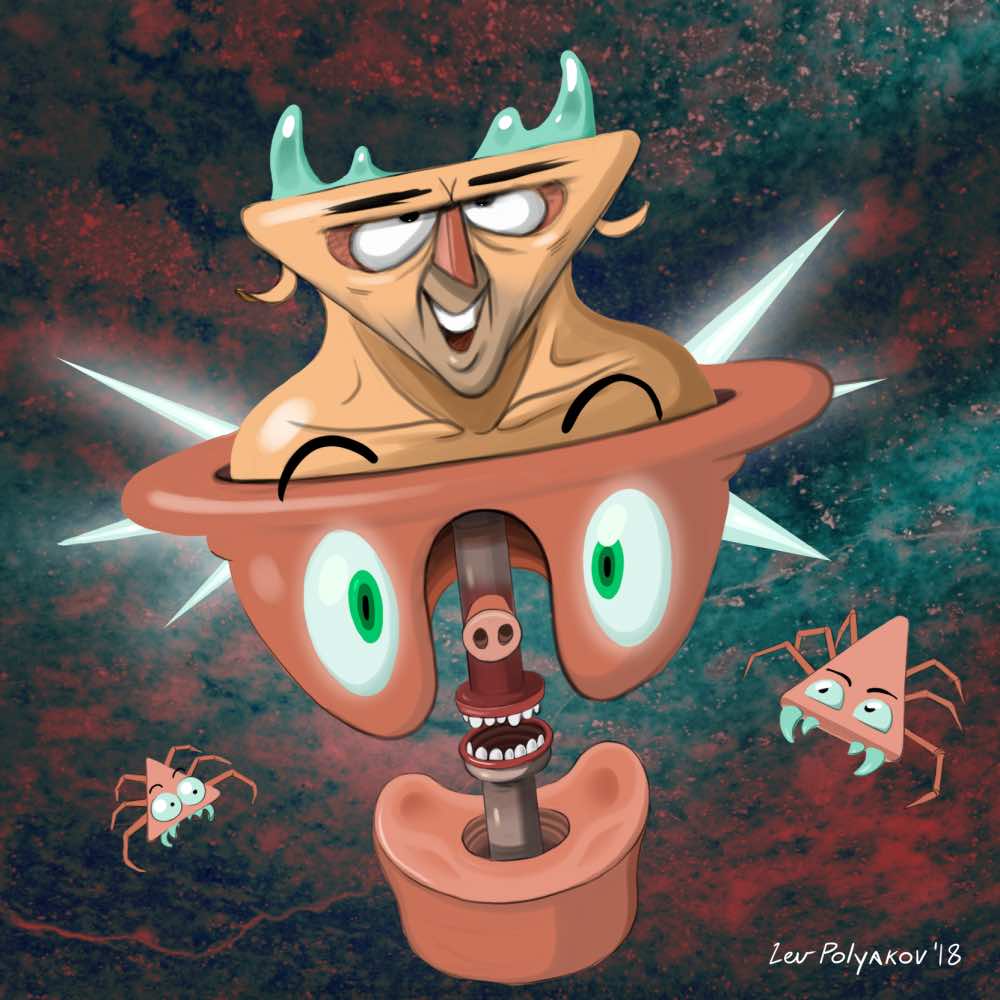 Neither a man, nor a pig, but a conglomeration of two spirits.

One in a state of drunk self confidence residing in the top half, and curious joy residing in the middle half, whose combined power creates enough energy to generate a connection with the bottom half platform. Pigalow bounces around here and there, looking for a mirror to stare at in order to modify and then admire, the gel-like substance that gets secreted from his head into different styles so he would be the most fashionable at his next party. He attracts the Trigalow Crabs who follow him in order to partake in his gel hair which to them is quite the delicacy. While on his trail, they would usually pick up melted droppings of the gel when it gets too hot outside, but once Pigalow bounces his way into a swanky air conditioned club, he is safe from them… he is also homeless but has a good enough voice to earn money though busking. A gym would have been another option but he doesn’t have arms and always smells like bacon so no showering is needed.

Buy this card on KnownOrigin.